Let’s face it, if you create content for the Internet you’re secret untold desire was that it went viral. That’s because going viral is the ultimate goal of anyone wanting to get noticed. Phenomena like Psy’s Gangnam style (which recently hit over 2 billion views) or any of the many crazy/cute pet videos have made millions by going viral. When content goes viral it quickly circles the globe crossing all cultural practice and borders.

The thought of viral content immediately brings YouTube to mind, but any of the major social networks can spawn viral content. I want to focus on Twitter because at it’s core, Twitter is a very basic and inexpensive way of posting content on social networks. WIth carefully chosen words and a picture from a smart phone will do the trick.

Honestly, I have to say I didn’t find this strategy, it really found me, and of all the strategies I’ve used, this one killed them all. It utilized two key factors in causing content to go viral. The first and most crucial strategy is timing. Keep in mind, when content goes viral, it’s a fleeting sensation and without a sustained support strategy to stoke the fire, the viral rise will find it’s apex and begin it’s descent to normal content with slow steady growth. Viral content is immediately shared amongst friends and family and the wave continues to build until it hits the viral stage. Strike while the iron is hot and post your content within seconds or minutes of an event happening.

Another example of taking full advantage of timing is paring pieces of content together. For example, a viral video will often have a link to a website or other videos which serves as a traffic funnel to specific content and closes the loop keeping the viewer engaged in your world for a bit. The content doesn’t even have to necessarily relate to your subject matter, product or service. It just needs to draw attention, what you do with and where you direct that attention is up to you. Just remember creative titles and proper hash-tagging will take you far. You don’t have to go crazy with hashtags either, just be sure to use a hashtag that’s catchy, or you can use Twitter’s suggestion box and see what pops up when something similar is entered.

Anatomy of a Viral Accident

The tweet below is an example the timing strategy used to rack up on views and engagement in Twitter. This was posted about 10 minutes after it happened on Celebrity Apprentice (west coast time).

The face you make when you’re a busted trick. #CelebrityApprentice #kenyamoore pic.twitter.com/V0iGjeo5r4 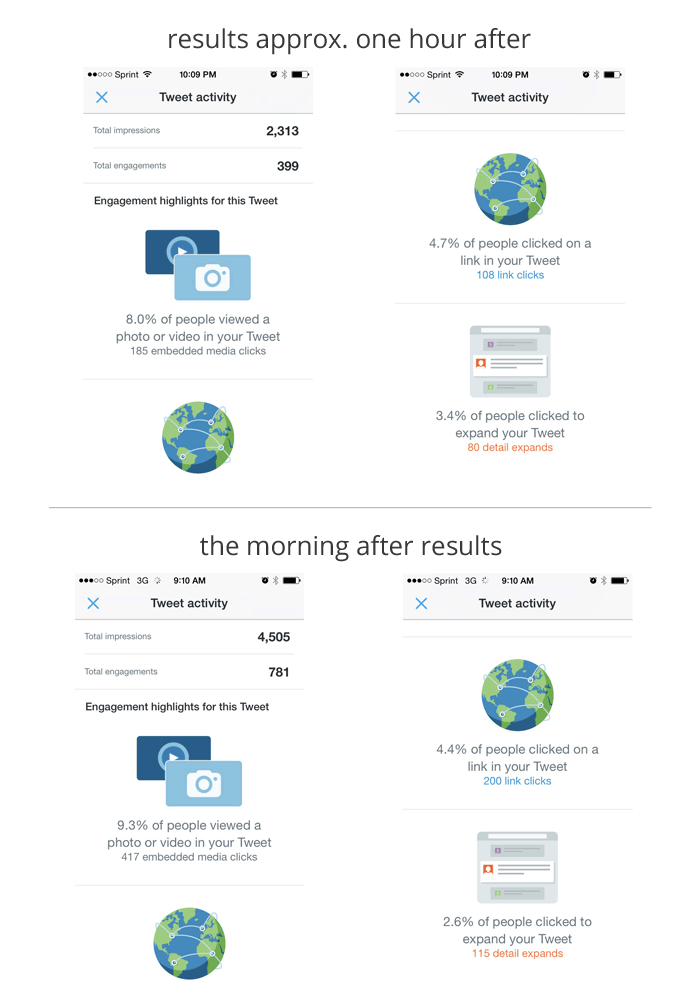 Reico is the owner and team member of The Applied VIsual, website design and development company. Reico is available on Twitter @AppliedVisual

Find more about me on:

This site uses Akismet to reduce spam. Learn how your comment data is processed.

Find value in your brand from the beginning with a solid value proposition. Offer that value with consistency and excellence. Consistent value sells itself. #lasvegasnevada #marketingautomation #websitemaintenance #socialmediatips #reputationmanagement #digitalmarketingtips pic.twitter.com/7yv0izewcc

You should always measure the results of your on-page and off-page SEO. It's simply about doing more of what works and correcting the things that aren't working or improperly formatted. #searchengineoptimization #contentmarketingideas #websitemaintenancepackages #mondaymotivaton

This website uses cookies to improve your experience while you navigate through the website. Out of these, the cookies that are categorized as necessary are stored on your browser as they are essential for the working of basic functionalities of the website. We also use third-party cookies that help us analyze and understand how you use this website. These cookies will be stored in your browser only with your consent. You also have the option to opt-out of these cookies. But opting out of some of these cookies may affect your browsing experience.
Necessary Always Enabled
Necessary cookies are absolutely essential for the website to function properly. This category only includes cookies that ensures basic functionalities and security features of the website. These cookies do not store any personal information.
Non-necessary
Any cookies that may not be particularly necessary for the website to function and is used specifically to collect user personal data via analytics, ads, other embedded contents are termed as non-necessary cookies. It is mandatory to procure user consent prior to running these cookies on your website.
SAVE & ACCEPT